All RBI circulars on 500 and 1000 rupee currency demonetisation

Much awaited LD Clerk 2016 notification out

Kerala Public Service Commission (PSC) announced new recruitment for the selection to the Lower Division Clerk (LD Clerk) in various Government Departments in Kerala Category No. 414/2016. This exam helps various jobs in Kerala.
Kerala PSC announced the latest notification of  Lower Division Clerk (LDC) Recruitment 2016 in 14 Districts in Kerala. Apply for your PSC Applications through online after the date of notifications.

Applicants shall be submitted online only through Kerala PSC thulasi login or official website is www.keralapsc.gov.in after “ONE TIME REGISTRATION”. Candidates who have already registered can apply through their profile.
The photo uploaded through One Time Registration should be taken after 31.12.2010 and also bear the name of candidate and date of photo taken should in the bottom of the photograph.

The uploaded photo will be having a validity of ten years from the date of photograph taken. Detailes notified in Kerala PSC Official Website. 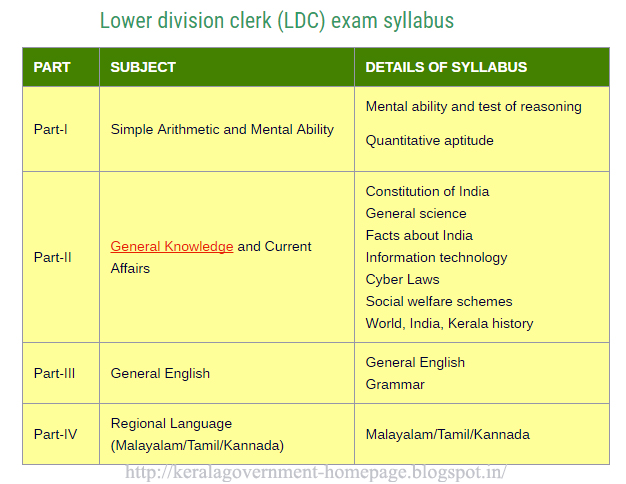 Notification for the Departmental Test - Jan 2017 has been issued. Applicants must remit Examination Fee and Certificate Fee through e-Payment. Payment by other modes like e-Chalan, Cash Chalan, Postal Order etc would not be accepted.

Last Date 02-December-2016
No comments: Links to this post 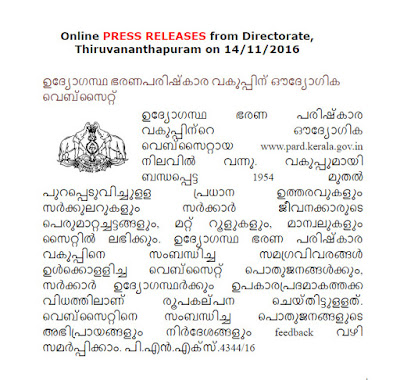 All the important circulars and Government orders related to this department from 1954 will be available in the site. This will be beneficial for employees as well as general public.

The daily cash withdrawal limit through banks, have been limited to Rs. 10,000/-. RBI allowed a relaxation for government departments in this regard. Government Departments may be allowed to draw cash beyond the stipulated limit of Rs.10,000/- in exceptional cases, only on production of evidence justifying their requirements in writing, at the discretion of an officer in the rank of General Manager and above.


Letter from the Chief General Manager of Reserve bank of India 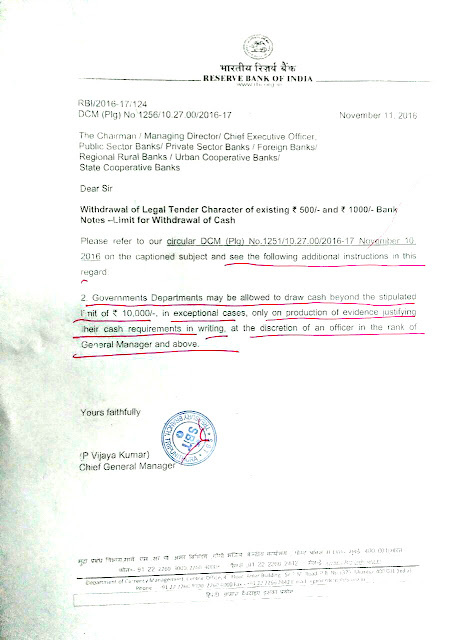 It has been decided to cancel the legal tender character of the High Denomination bank notes of Rs.500 and Rs.1000 denominations issued by RBI till now. This will take effect from the expiry of the 8th November, 2016.
Post offices, banks to open additional counters and extend working hours to accomodate the public. Fake currencies circulation have grown over the years. RBI  launching new currency notes with new designs from November 10. Introducing 2000 rupee note with Mangalyan logo.  A new series of Rs. 500 currency notes also is coming. The following operational guidelines have been issued:-


Main points in the PM's speech.

The following exceptions have been provided for the usage of Rs 500 and 1000 notes till 11:59pm of 11.10.2016:
1. All hospitals
2. Pharmacy(provided the medicine is bought with certified doctor's prescription )
3. Government bus ticket counters
4. Railways ticket counter
5. All domestic and international flight ticket counter
6. Petrol bunks
7. Crematoriums
8. Central Government outlets
No comments: Links to this post 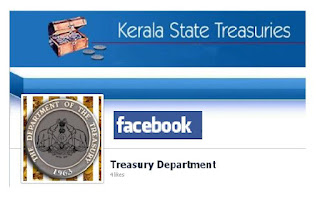